Heard on the Vine about Twitter’s new way of video sharing?

Despite already enabling us to share our pictures from Instagram and our videos from YouTube, Twitter now has a new way to share videos within its tweets. Twitter has shown us how brands can connect with their target audience, by providing an open door to the vast ocean of consumers. Due to the concise nature of Twitter posts, the public give every word they tweet the full consideration that they need to give to produce an accurate response or opinion that they have in mind. The function of the RT (retweet) for the average person can boost promotion of brands; it provides free advertising. Video sharing presents an interesting marketing opportunity.
Step forward – Vine. Vine is the new app behind video sharing on twitter, the essence of which is to display segments of video recordings or footage which have been trimmed down to six seconds (which some may argue is not long enough). When you capture a shot with your smartphone it captures one continuous shot, but with Vine it gives users an interspersed recording, it snatches snippets of the video thus auto-generating a longer piece stitched from these shots. This whole conception came about when Dick Costolo, CEO of Twitter, tweeted a six second video of himself making Steak Tartare using Vine, the small video-sharing start-up that Twitter acquired in October. Costolo’s tweet is most likely a hint that Twitter plans to integrate Vine in the same way they let users share Instagram photos with their tweets. At this moment in time Vine will only be available for ios users since the service requires them to download it as a free ios app. The Financial Review reports hearing from sources that Twitter will add integration in Australia in the “coming weeks”.
People who have used the app say that it is simple to use, with users only needing to press and hold a record button to start making a clip. When the button is released, the video pauses, enabling a full six-second clip or series of ‘vignettes’ that provide a smash cut effect, and then uploaded videos can be posted on Twitter.
By adding the feature, which allows users to record and distribute videos to millions of people, there is a sense that privacy will be lost by accidental postings, much like we see today with pictures and misdirect messages. I give it a week, if Vine is launched on Twitter, that someone, somewhere will record something that no-one on this earth needed to see or hear.
For brands, it will be possible to show things like: What they intend to sell, how much it will cost, specific functions or features of the item, and when the item will be out in shops. But all in just six-seconds? To be honest I don’t really see a movement from TV  advertising (which offers at least a minute of advertising for brands) or movement from YouTube advertising (which offers at least 15 seconds) of advertising, to six short seconds on Twitter. For brands that can advertise in just a few seconds, for example about a simple product like a bar of chocolate, there is potential to take up this idea and promote and advertise their brands using Vine.
The benefits of video marketing in general include: Less investment needed for video marketing; a branded video doesn’t need an expensive, spectacular studio to impact audiences online; the very essence or message of a video just needs to resonate with audiences. So the components of even a six second video on Twitter could cause it to go viral. These components include; funny, edgy, inspiring, shocking, authentic, visual or something that relates to peoples own personal experiences. Some companies and brands such as Samsung, Jobsite, and eHarmony have found that having a savvy storyboard and integrating into social media (YouTube) offers an abundance of exposure, interactivity and, more importantly, a 6 second video will be much cheaper. Precise targeting, using digital video marketing, gives brands the ability to specifically focus on their target audiences or consumers with ease.
With good content and good access (which Twitter already offers), this may drive a mass of consumers to a brands’ Twitter, Facebook or even its YouTube channel, providing more exposure for the brand. People that like brands’ videos are likely to tag, hastag or even retweet them, again gaining more exposure and increasing the levels of traffic on their social media channels.
Obviously, the goal of video marketing is to get content to catch like wildfire and spread across the globe (like the Gangnam Style video). With Twitter’s new way to share videos there may be a flood of brands using this method that’s cheap, interactive and gains major exposure on social media.
Dom Hofmann, Co-founder and GM of Vine, said:

“They’re little windows into the people, settings, ideas and objects that make up your life. They’re quirky and we think that’s part of what makes them so special”. He also claimed that “the two companies share similar values and goals.”

In addition to this, Michael Sippey, Twitter’s Vice President of products, wrote:

“Like tweets, the brevity of videos on Vine inspires creativity.”

I personally would give Vine a try, and am interested to see how consumers will respond to this new way of video sharing because the public, consumer or customer is very honest about a product and will surely express whether they like it or not. Then again it could just be another social flash in the pan that we all get excited about and then it just fades away. 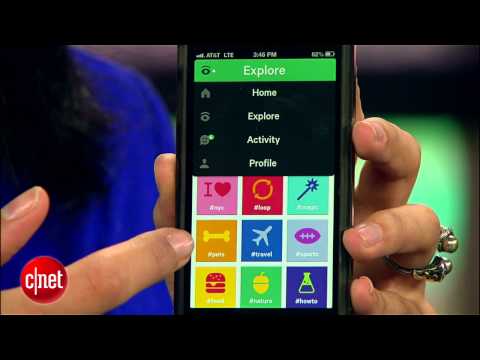