Digital marketing goes beyond simply putting your business out there. We go further than the ordinary to help you rule your customer’s minds. By creating effective, affordable and personalised services, we help you get the highest possible ROI on your budget. Get in touch with Prohibition to get started right away.

The only way to measure your campaign progress and improve your digital marketing efforts is to analyse the data carefully. Optimising and measuring digital marketing performance has become more complex due to the proliferation of data and paralysis by analysis. From platform to channel and consumer data, we are experts in wide-ranging analytics data reporting. Let us show you what we can do.

Keywords form the foundation of any digital marketing campaign, whether you’re going down the organic SEO or PPC route. Get it right and you could see strong results quickly. Get it wrong and you could end up running around in circles and spending your whole budget on campaigns that don’t convert. With careful keyword tracking, we can measure how your keywords are performing and how best to optimise them for maximum results.

KPIs in digital marketing are values used to track and measure how a campaign is performing. Without KPIs, it can be difficult and messy to track the real results. We value your time, so we track the crucial KPIs to ensure that we are consistently hitting your targets and going beyond expectations. Got questions on which KPIs we track? Get in touch.

Careful in-depth analysis of social media campaigns and the insight that provides goes a long way to improving the quality of your future marketing activities. We provide regular analysis and detailed reporting of key social metrics at regular intervals. It is hoped that this informed insight will provide a clearer understanding of what your results, outreach and strategy actually mean in business terms.

Content marketing goes beyond churning out guest blog posts to include all forms of creative content, including videos, graphics and imagery. Great content must be useful, engaging and visually appealing to your target audience. Choose us and we’ll make it happen. Watch our showreel here to see what we mean.

Before any digital marketing campaign can begin, there must always have been proper planning and research. Our aim is help you deeply understand what motivates your customers to click, share and buy. At the same time, we intend to convert consumer intent to revenue and brand relevance.

For content marketing to produce any real results, there must be sharable, great-quality content to market. Our designated team of content writing experts and marketing strategists work together to develop excellent unique content for every marketing channel. Try our content marketing services today to see the fine quality we are capable of producing.

Blogging is an excellent way to share useful and engaging information with customers and prospects. It provides an extra opportunity to hear from them directly via the comments section. Whether you blog on your own site or an external site, the rewards can be massive. Let’s help you get started with our blog development and creation package.

Infographics are a communication tool that are now widely used to convey complex information in a simple form. With a combination of numerals, text and images, they let you represent data in a visually appealing form. Our infographics design services can drive better results for your content marketing efforts.

Paid placements provide an opportunity to drive results more quickly than another channel, say SEO, would. Whether you’re pushing a new product or want to rise above your competition quickly, we can help you attain your goal by choosing the right paid placements for your brand. Call us to find out how we do it.

You haven’t reached your marketing goal when you put content out there. You reach it when consumers interact with your content and convert into paying customers. Get in touch and we can set up a robust conversion tracking strategy to check how effective your ad spend is. 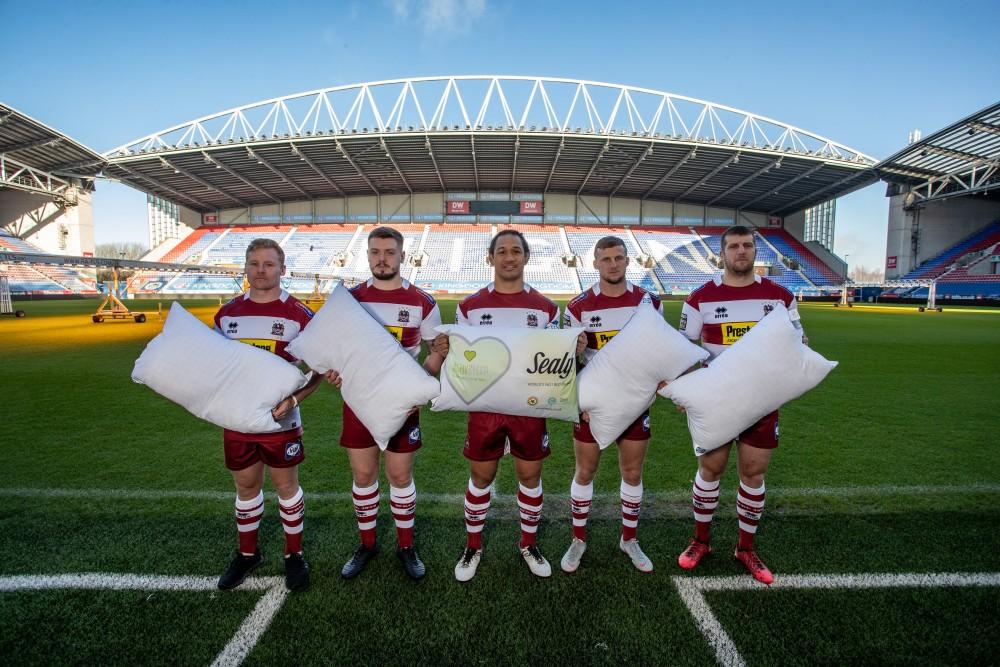 We don’t stop at putting your content out there. Every piece of content we design for our clients is resourceful and strategic such that it’s capable of creating meaningful interactions over time. Want to learn more about how we can help you create memorable content? Reach out to us now.

Search engine optimisation or SEO is about improving your rankings in search engine results pages (SERPs). By optimising the keywords for which your website is optimised and investing in on-site and off-site SEO, we can help more people find you online. Get in touch and let’s show how we can help you make more money.

The smallest issues can ruin all the effort you’ve invested in getting your SEO right. From large sites with over a thousand web pages to much smaller websites, you can trust us to carry out a complete and thorough SEO audit to help uncover any possible issues.

Keyword research may start with the most relevant phrases and keywords to your business, but it takes more to get it right. We strive to understand the intent of consumers in a particular sector while conducting keyword research to improve your chances of attracting better quality leads.

It takes time to grow organically on social media, but social advertising lets you get more immediate results. With highly specific audience targeting, we can get you brand right in front of those who are most likely to be interested in what you do. Give us a chance to show you how much we can achieve in a short time.

Goal tracking and analysis of KPIs and campaign performance are also important in social media marketing. We can provide comprehensive quarterly reviews and monthly performance reports to let you see how your campaign is going.

If you aren’t seeing results with your current social media marketing plan, we can help you uncover any issues by performing a full audit. We can help you see how you’re doing compared to your competitors and help you determine how to take your efforts to the next level by taking inspiration from others in a similar social space.

We create and implement social media marketing campaigns that keep in line with your social media strategy. By distributing content to the right networks, we allow for engagement and interaction with influencers and users. Please reach out to us if you have any questions regarding what we do.

From excellent copy to enhancing your web pages with animations, video and audio, we develop content to build trust, create enthusiasm and employ the power of persuasion to help ensure your success online. Let us walk you through the kind of quality content we can produce to help you stay ahead of others in your industry. We’re only a phone call away.

With compelling and innovative video content, we can help you drive sales and engagement online. Whether it’s rich media banners and interactive video, corporate video production or product and service videos, videos are a powerful tool to communicate your message. Get in touch and we can get started producing your next killer video.

Here is our show reel to show you what we can do.

Information about City of Leeds

Prohibition Pr is proud to offer Digital Marketing Services in Leeds.
The City of Leeds, lies within England in West Yorkshire.
Leeds's main tourist attractions include O2 Academy Leeds, Leeds Country Way, Armley Park, Meanwood Valley Trail, and Harry Ramsden's.
Leeds is well known for its many rivers and waterways including Eccup Reservoir, Pudsey Beck, Cock Beck, Aire and Calder Navigation, and Meanwood Beck.
Leeds is part of the Leeds City Council local authority administrative area in West Yorkshire in England.
Leeds is often considered part of the historic country of Yorkshire.
Leeds's local authority administrative HQ is Leeds Town Hall.
Leeds's local authority/administrative division is a Metropolitan Borough.
Leeds is part of Yorkshire And The Humber.
Local government Civil Parishes in the City of Leeds include Walton, East Keswick, Aberford, Otley, and Ledsham.
Administrative ward subdivisions of a Leeds also include Moortown (ward), Burmantofts and Richmond Hill (ward), Armley (ward), Chapel Allerton (ward), and Garforth and Swillington (ward).
The City of Leeds additionally includes hamlets such as Potterton, and Beggarington Hill its administrative area.
The City of Leeds also encompasses villages such as Arthington, Carlton, Bramhope, Methley, and Walton within its administrative area.
Villages within Leeds's boundaries include Oulton, Wothersome, Ledsham, Woodlesford, and Middleton.
Bramham, Adwalton, Collingham, Bardsey, and Scholes are also part of Leeds
Leeds incorporates a number of settlements including Drighlington, Whinmoor, Knowsthorpe, Moortown, Bardsey, Scarcroft, and Beckett Park.
Prohibition Pr's Social Media Training Courses service area like-wise encompasses Osmondthorpe, Gamble Hill, Morley North (ward), Barwick-in-Elmet, and Bramley in the City of Leeds.
Other primary service areas of Prohibition Pr within in Leeds, England accommodate Rawdon, Holbeck Working Men's Club, Bramham, Rothwell (ward), and Colton,
in addition to Leeds's outer urban areas Fearnville, Pendas Fields, Tinshill, Killingbeck, and Hawksworth.
Last in order of mention, Prohibition Pr's Digital Marketing Services cover the larger Leeds area along with Morley, Wetherby (ward), Collingham, Miles Hill, and Richmond Hill.
The small communities of Yeadon, Tyersal, Tingley, Carlton, and Kirkstall are located within Leeds, West Yorkshire.
Towns including Pool-in-Wharfedale, Moor Allerton, Wykebeck, Hyde Park, and Potternewton are located in Leeds.
Additional towns such as Otley, Leeds, Pudsey, Morley, and Guiseley can be found within the City of Leeds.
Leeds is covered by the Fbd. postal code area.
Leeds University Union, Leeds 13, and Leeds General Infirmary in Leeds are prestigious through out England and the United Kingdom.
Well-known schools in Leeds are Royds School, and Carr Manor Community School.
Leeds Central Library, and Brotherton Library helps preserves Leeds's history.
Furthering the education of Leeds locals is the Leeds Industrial Museum at Armley Mills, and The Tetley (Leeds).
St James's University Hospital, and Seacroft Hospital are located within the Leeds district.
Horsforth Hall Park, Woodhouse Moor, and Bramley Park (Leeds) are enjoyed by Leeds residents and famous through out England.
The major roads feeding Leeds includes the A62 road, and A63 road.
Notable roads within Leeds include A647 road, Edwin Airey, and A64 road.
The City of Leeds is fringed by Bradford to the East.
The City of Leeds's is bordered by Otley to the south.
Adjoining Leeds to the north, Manchester, Kirkhamgate, Sheffield, Horbury, and Wakefield are a short-distance.
Leeds's reknown can be attributed to its diverse heritage including Kirkstall Abbey, and Leeds Rifles War Memorial.
Leeds is wreathed in examples of famous architecture including St Andrew's Roundhay United Reformed Church, and St John the Evangelist's Church.
Structures and Buildings of special interest within Leeds include Leeds Minster, Leeds Bridge, The New Penny, Altus House, and The Leeds Studios.
Leeds houses some well known churches including St Margaret of Antioch Church, St Michael and All Angels Church, and St Saviour Church.
Leeds has a notable history, including History of Hunslet, Hunslet Rural District, History of Seacroft, Armley asbestos disaster, and John Harrison (Leeds).
Leeds city centre are Leeds's central business districts.
Leeds is the founding City of number of companies including Direct Line for Business, Manning Wardle, and Ultralase.
Leeds's shopping centers are famous and people flock to The Light, Leeds
Leeds Catholic Post, Wetherby News, Contactmusic.com, Leeds Mercury, and The Yorkshire Post transmit locally-made programmes from the Leeds area.