The dying art of media relations, how can PRs remain relevant despite the changing media space?

It’s a debate which has been on the agenda for a number of years, but talk of the relevancy of Public Relations in today’s rapidly changing media landscape is once again rearing its head. Often PR gets called into question for its effectiveness. Despite this, PR is actually more relevant now than it was before the digital age, not least when considered in line with content marketing and the fact that the return on investment on PR is now more measurable than ever.

Does PR still have a place in marketing?
We’re challenged with negotiating an ever shifting media landscape, and one which is completely different than when the words ‘public’ and ‘relations’ were ever uttered in any sort of combination. Newsrooms are shrinking at a faster rate than ever before and the type of content being produced is changing too. We’re now looking at online content outweighing print content, not only in volume but in value for media outlets; think of how social media influencers have taken over, and the fact that video is tipped to make up  80% of the content we view online by 2020, and the power of digital content becomes clear!
And so comes the need for PR to change along with the times – at every possible opportunity we need to look at how we can utilise these techniques to our advantage. The simple fact is, is that PR doesn’t just create positive sentiment for a brand, it creates engaging, creative and strategic content, which in turn can be marketing through media relations, social media, PPC etc. to spark interest with audiences and build brand loyalty.
How does PR remain relevant in the digital age?
We can’t ignore the fact at the very crux of PR is our ability to communicate a brilliant story and for it to resonate with customers – but first we need to connect with our press. We know what we’re up against – with an increasing number of PRs pitching to a smaller-than-ever number of journalists, the heart of industry now revolves around the ability to build relationships. But with the infamous PR-journo breakfasts and long lunches becoming very much a thing of the past, it’s no surprise that this is becoming an increasingly difficult task. That’s why PRs need to think beyond media relations alone and consider how else the stories PR professionals tell can be used as content regardless of how the audience access it.
PRs need to be more intelligent and targeted in their approach, be more willing to actually listen to the feedback from press and manage client expectations – that’s the secret to effective media relations, which results in quality coverage. When a story doesn’t sell – or even when it does – media relations and coverage, shouldn’t be perceived as the sole market of success. PRs need to think about this in a broader sense, consider this – ‘what media is my audience accessing?’.
According to the answer, your approach should change. If the answer is predominantly Facebook, then the story you’re trying to tell should be adapted to work on that platform. How will this story be easy to share on Facebook, how can I make this story appealing to sites like UNIDAYS and LADBIBLE so they share it on their social channels.  It’s still PR, but its integrating tactics for greater impact.
Should PR always be ‘integrated’?
The word ‘integrated’ used to be a bit of a buzzword, but it’s a now a proven tactic. PR dinosaurs churning out press release after press release with little strategy will swiftly get left behind by the rest of us if they offer nothing else. Clients now look for content creation, social media strategies, and PPC among other offerings.
Now, we’re not saying ignore the press release completely – they can work wonders! – BUT we need to make sure we’re enhancing the content we’re producing at every opportunity. Enter the era of interactivity, video, instant gratification focused content and all aspects of social campaigns. A campaign without a digital element now would barely take flight unless it was hugely niche, so the realms of social media influencers and digital marketing need to be entered into, and PRs need to think about upping their ad game,
Ultimately, as with the good old press release, it’s not going to work if it’s not a great story – we need to keep up the creativity and dismiss the usual, but make sure it’s well thought through and amplified through digital and paid-for tactics.
How to refresh your PR approach?
To those who are claiming that public relations is dying, we say no – it’s simply evolving. Paid-for media and content may once have been said in hushed tones, but it’s how we’re staying relevant. We’ll be looking at a very different PR-scape to what it once was, but that’s what is exciting and should be embraced.
Anyone looking to really amplify their PR and ensure it is maximised to incorporate digital tactics and content marketing should consider exactly what it is they need to say and to who. It is this, more strategic approach, where we consider the message, the audience and the channels they are accessing that allows us to truly implement great PR.
If you want help with taking your PR presence to the next level, get in touch, we’d love to hear from you! Email hello@prohibitionpr.co.uk 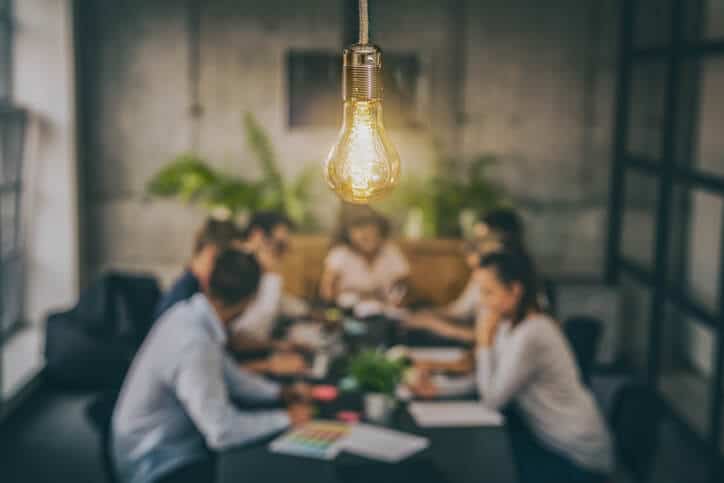