At Prohibition, we love a creative video campaign, and even more so when we’re working with a client to make dreams come true.
We worked with the world’s biggest bed brand, Sealy UK, to surprise a lifelong Wigan Warriors super fan to a dream match day experience, plus extra special Sealy sleep prizes, as part of the brand’s first ever Dream Come True Awards.

Sealy teamed up with the Wigan Warriors to ask fans to nominate a friend or family who deserved a treat for going above and beyond in their life or needed a pick-me-up.
Hundreds of people nominated their friends and family members as part of the awards, with Mick Treen from Clayton-Le-Moors picked as the lucky winner. Nominated by fiancé Rachel, Mick was chosen after working tirelessly to support his family since the birth of his son in September, and dreaming of meeting the Wigan Warriors rugby players for years.
Sealy surprised Mick with a phone call from one of his favourite players, Willie Isa, who revealed he had been picked as the winner and would be treated to a VIP hospitality experience, behind-the scenes stadium tour and player meet and greet at Wigan Warriors’ game against Hull KR on Friday 5th July – and we captured the whole thing on film!
We followed our winner around for the whole night, capturing genuine reaction as the surprises unfurled – check it out!
Get in touch to find out how we could help you create engaging, creative and inspiring video content to increase brand awareness and reach your target audiences. 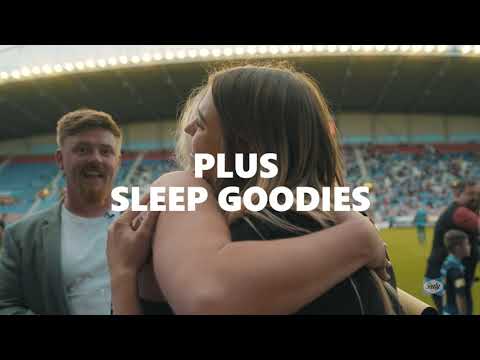