It’s the most wonderful time of the year! A look at some of the best Christmas adverts for 2019

Prohibition PR / Digital Marketing Services / Content Marketing Agency / It’s the most wonderful time of the year! A look at some of the best Christmas adverts for 2019

Christmas adverts hitting our screens mark the start of the festive period and it’s always highly anticipated what some of our most-loved brands will do each year for theirs. From a classic red truck, to lovable characters and heartwarming stories – they always put you right in the festive mood! We’ve taken a look at some of the Christmas adverts that have been released for 2019 and have taken social media by storm this festive period. Here’s our thoughts:

It seems that every year the John Lewis and Partners advert is the most anticipated of the lot and it feels as though it marks the start of Christmas. The brand have gone down many routes with their ads and often play on the emotions of viewers during the festive period. This year they have created a loveable character – Excitable Edgar and tell a beautiful story of friendship, inclusion and Christmas spirit. It captivates everything that a well put together Christmas ad should have and certainly makes you feel all warm and festive inside. As recently John Lewis became ‘John Lewis & Partners’ to include Waitrose, the ad also perfectly ties together the two. It provides a lovable character that is now sold in John Lewis stores and also ends with a Christmas Pudding, a product available in Waitrose – tying the two brands together nicely. An all-round wonderful Christmas advert!

Aldi – Kevin the Carrot and the Greatest Show

Playing on arguably one of the most popular films in recent years, The Greatest Showman, Aldi’s Christmas advert sees the return of the much loved Kevin the Carrot. Their Christmas campaign this year is focused on how Aldi can help customers serve the tastiest food and drink and essentially put on the ‘greatest show’. This theme is reflected well across their social media channels, TV advert and in-store as it all ties in together nicely. They’ve also rewritten the classic Robbie Williams song ‘Let Me Entertain You’ to give it a festive foodie twist with lyrics including ‘Get your mince pies over here – with cream!’ The song choice, much like the advert itself, focuses on entertaining throughout the Christmas period and invites you to choose Aldi to help you entertain your guests over the festive period.

Marks & Spencers have opted for an upbeat and fun advert this year to showcase their extensive knitwear and jumper collection. Many of us will receive or buy a new jumper this time of year and the brand has cleverly picked up on this and has, therefore, made its ad focused on showcasing their range in a bid to boost sales. There are multiple versions of the ad with different characters seen in each one – highlighting the inclusivity of the range they stock. They also have Christmas food adverts alongside this where they have used celebs, Paddy McGuiness and Emma Willis, in a beautifully festive market setting where we see them sampling all the tasty food M&S have on offer this Christmas. These have also been featured heavily across social media, their channels and the celebs, meaning the campaign and promotion of their festive range ties in nicely together. 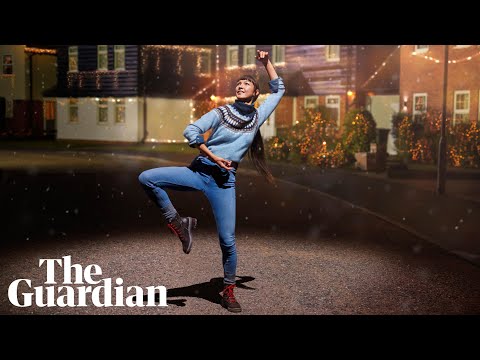 This is quite an interesting move from Sainsbury’s to take such a traditional angle for their Christmas ad this year and showcase the origin of Santa. It’s engaging from the offset and instantly makes you engrossed in the story that they tell. Something they do really well is feature their brand colour (orange) throughout whilst the rest of the advert remains black and white. This colour is instantly associated with Sainsbury’s so it’s a really clever trick. The story also has a classic Christmas angle about inclusion and coming together at Christmas time, as well as telling an original story. The historical element that comes across ties into Sainsbury’s heritage and highlights the many Christmases that they’ve been around for, as they celebrate 150 years in business, helping shoppers with their festive food which is a nice touch. 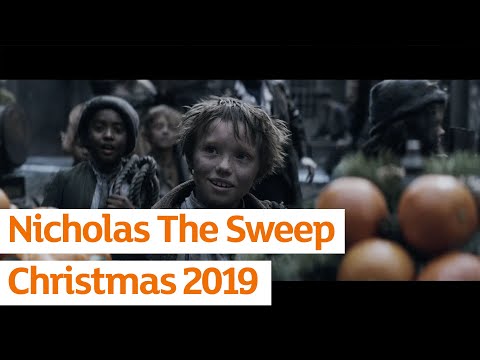 This year Asda have focused on the magic of Christmas and share a heartfelt story between two siblings who are captivated and enchanted by the ‘magic’ that surrounds this season. The story is focused on going above and beyond to make Christmas special for those we care about to make it a magical time and touches on the fact that they can help with that. Asda has a food range that is called ‘extra special’ and therefore the aim of the advert is to promote this range and how they can make your Christmas extra special and magical by shopping with them this year.

Coca Cola – The Holidays are Coming

Coca Cola has established such a secure Christmas ad that they’re in the very fortunate position of being able to reuse the same ad year after year. That classic truck, Santa in his red suit and the song that makes even the scrooges amongst us feel some kind of festive has all the basis of a classic Christmas advert. It’s festive, it’s simple and it instantly reminds you of both Christmas and Coca Cola – a win-win for the brand. 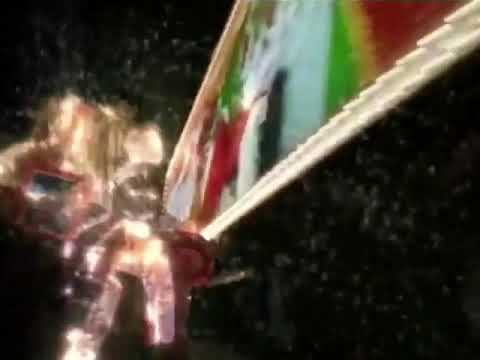