In 2013 a documentary, produced by Dogwoof in America, was made available on DVD and Blue ray due to popular demand in the UK, after ‘Blackfish‘ trended worldwide on Twitter and was responsible for the CEO of SeaWorld, Jim Atchison, resigning. With more than 1.36 million viewers so far, the documentary focuses on the life of Tilikum, the largest orca whale ever to be held in captivity.

SeaWorld in Orlando opened its gates in 1964 after the closing of “Sea Land” based in Canada. SeaWorld took ownership of the much-loved orca whale and transported him to the Orlando marine park. The closure of Sea Land rumoured the suspicious death of a female trainer but despite the rumours that Tilikum was responsible, SeaWorld allegedly quickly silenced this. Weighing more than 12 thousand pounds and longer than 22 feet in length, Tilikum was set to be the star attraction for the opening of the park. Black Fish explains the life story of Tilikum. He was apparently originally taken from the Norwegian Sea at just two years old, and was stolen from his family and flown across the world to live a life performing in captivity in front of huge, live audiences. Due to his size, allegedly Tilikum was attacked from day one by the other orca whales to the point where SeaWorld trainers were required to keep him separate, meaning he only received interaction from humans through their food-based training program. With the constant stress, frustration and boredom of captivity, behaviours of the whale such as biting, ramming, lunging, pulling, pinning and aggressive swimming is something the trainers were required to face on a daily basis. According to the documentary since being in captivity Tilikum has been responsible for three deaths and various, serious injuries on surviving trainers. With public relations apparently spinning the evidence and blaming the past trainers for their lack of professionalism for the deaths, all suspicions of Tilikum’s aggression has been continuously washed away. One trainer who died was apparently blamed for the style of her hair whilst working in the training pool, which is seemingly just one more example of how SeaWorld’s PR continues to redirect the blame away from the animal itself. Putting the meaning into its name, the killer whale is believed to have psychological scars due to his life in captivity, whilst the breeding program at Sea World allegedly shows frightening signs that the whales artificially bred from Tilikum will inherit his aggressive genes. Another trainer was thought to have slipped and fallen into the orca’s tank and drowned. In actual fact, the documentary claims that Tilikum grabbed the foot of the trainer and dragged her to bottom of the pool. Showing obvious signs of frustration, Tilikum let go of the trainer, allowing her to reach the surface of the water, but then immediately dragged her back down until she drowned. The documentary also claimed Tilikum’s ‘game-playing’ with the trainers took two hours to get the body from the whale. This proves how incomparable humans are to these huge animals and the little control we have in times of danger. In the wild, once orca whales are born, they generally stay by the side of their mother for the rest of their lives. Travelling in large families, each orca group communicates in its own language. With no history of an orca in the wild attacking humans, it displays the inquisitive yet placid nature of these intelligent mammals. Less than 3% of orca whales in the wild have a collapsed fin; according to the documentary all the whales at SeaWorld have collapsed fins, showcasing their unhappiness in these artificial families. Now, with  an accumulation of more than thirty years in captivity and three deaths allegedly being discreetly covered by SeaWorld’s public relations team, this documentary has showcased an example of the harsh realities of keeping wild animals to perform in captivity. As previously mentioned, the release of this documentary caused the CEO’s resigning in 2014 and since then, many campaigners have taken the responsibility of spreading the word. With the Christmas Macy’s parade in New York hijacked by SeaWorld protestors this Christmas, the documentary is believed to be the crescendo animal rights activists needed to get the public aware and on board. One part of the Black Fish documentary features an interview with an ex-trainer at SeaWorld, during which she confesses to the extent of how clueless the trainers are to what really is going on behind the public relations spin. Given manuscripts with false facts about orca whales in the wild, no trainer has any education of how orca whales truly behave, especially in captivity. Going forward, it’s surely inevitable that we will look back at this time of live, animal entertainment and realise how extreme and cruel it is on captive animals. Now, with a law published restricting trainers to be in the same pool as the whales, it’s the assumption of many that this is the initial starting point in preventing animals being stolen from the wild to satisfy the needs of human audiences around the world. It’s important to remember that these creatures are born in the wild and the need for us to experience amazing animals like orca whales face to face in captivity, needs to be suppressed. Whilst we will inevitably enjoy a 30 minute show, it’s important to realise that once the show is over and we go home, what happens to the lovely animals? Tilikum is allegedly responsible for three deaths and multiple injuries to trainers, so if he continues to perform, how many more trainers will be killed as a result? The whole saga is very, very sad but documentary’s such as this need to be filmed in order to raise awareness of these issues. 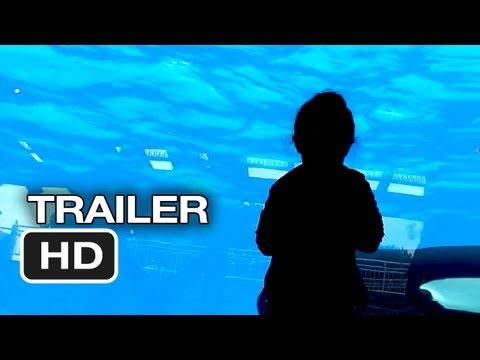