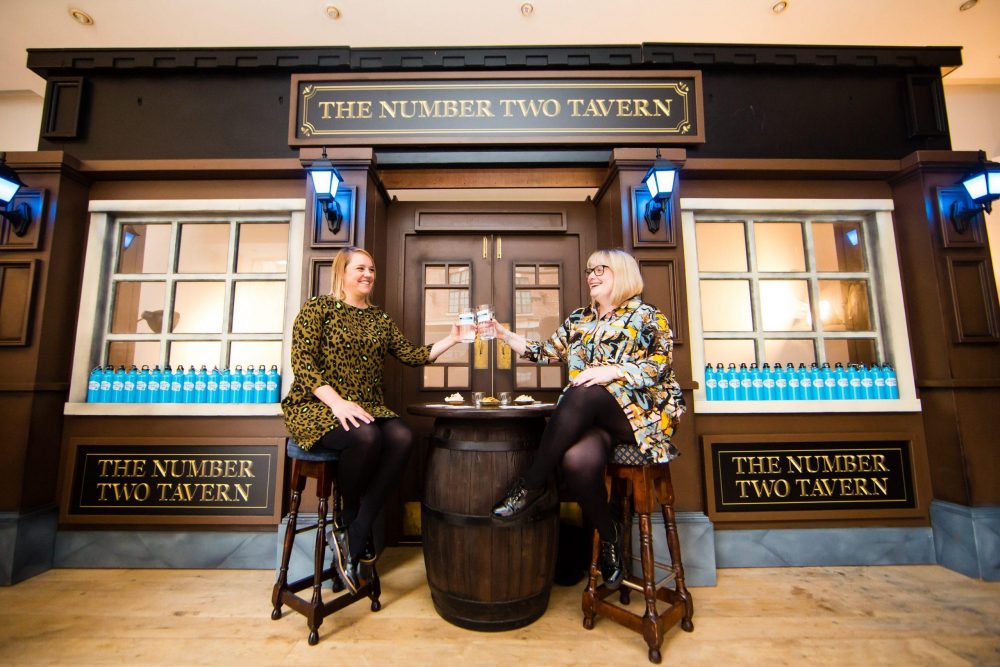 Here at Prohibition, we love to sink our teeth deep into projects that test our creativity, event management skills and media expertise, so when Yorkshire Water offered us the opportunity to carry out a creative project that promoted their ambition to become zero carbon by 2030, we were committed to executing a ground-breaking stunt that would cut through the political noise of “zero-carbon”, bring to life some of the innovative carbon-reducing work already taking place within the Yorkshire Water business and generate both local and national media coverage.

In October 2019, we launched the world’s first poo powered pub, the first-ever public space to be powered by anaerobic digestion, a microbiological process that breaks down sewage waste and creates biogas which can be converted into energy. We took over a pop-up venue and re-branded it as ‘The Number Two Tavern’.

Everything about The Number Two Tavern made it appear as if it was an authentic pub. Equipped with its own hand pull pumps, branded pint glasses and an impressive pub front, the only difference was it was powered by the waste of Yorkshire residents and only served pints of Yorkshire’s finest clear ale – delicious Yorkshire water! Anything electrical in the poo powered pub was powered by a battery that was charged with electricity generated at Yorkshire Water’s Knostrop Recycling Centre. The pub was open for three days to the public, allowing them to learn more about Yorkshire Water’s ambitions to become net zero carbon by 2030.
We hosted an initial press launch to kick-start the event where we invited both press and senior stakeholders from both the water industry, local authorities and Yorkshire Water to speak about the importance of The Number Two Tavern and the company’s commitment to making steps to tackle the climate emergency.
To raise awareness of the poo pub amongst a local audience and drive visits to the pub, we captured a 30 second social video on the day of the launch, summing up the key messages of the pub and inviting the general public to come and see what it was all about. This video followed a targeted paid strategy to ensure local residents were aware of where and how to find us.
The Number Two Tavern was a rip-roaring success, with both punters and media alike. With 19 pieces of coverage, we were able to reach over 72,504,405 people through the UK media alone and were featured on ITV Calendar, Daily Express, The Sun, Metro and The Daily Star – and even achieved international coverage in the USA and Europe.  Regional titles including Leeds Live, Leeds TV and the Yorkshire Evening Post.
In addition to unfounded media success, we launched an organic and paid social strategy that included three video productions, numerous organic posts and some social ads in line with a targeted ad strategy. In sum, the videos had over 118,254 views and an engagement rate of 30%, compared to a usual engagement rate of 4%. 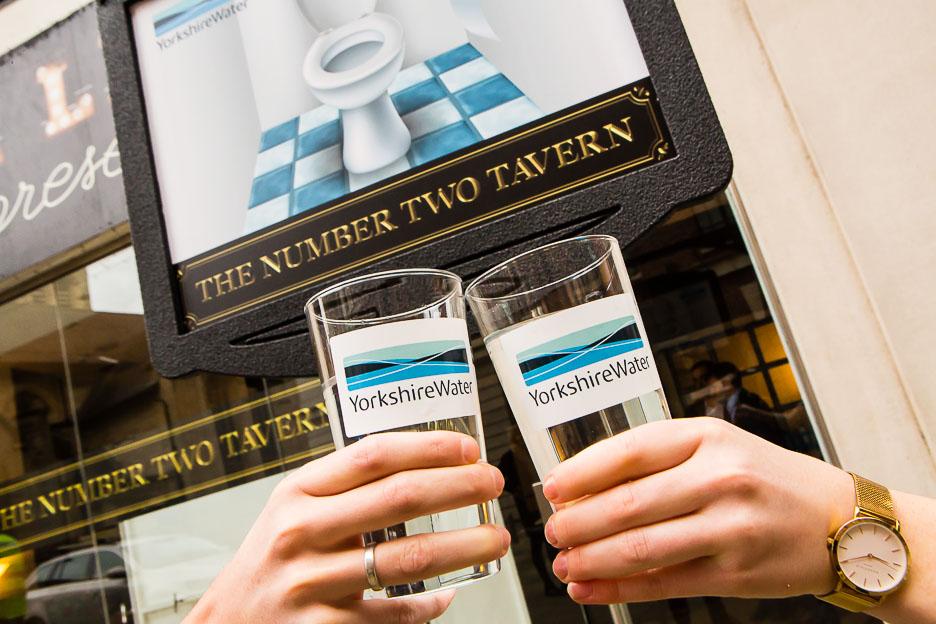 Through social listening, we saw impressions and clicks on Google searches for “Yorkshire water”, “yorkshirewater” and “poo pub” spiked on the 7th November, suggesting there was a lot of interest around the event from the public. We exceeded our coverage KPI of 15 pieces of coverage – achieving 19 pieces including five pieces of broadcast coverage. Video content of the poo pub was viewed over 118,254 times over the campaign period – exceeding our target of 100,000 video views.
Creating ground-breaking campaigns is something the team here are well versed in achieving. Our experience over the years has allowed us to run compelling campaigns that break conventional boundaries, even when broaching quite serious issues. If you’d like to know how we can help you to create an engaging campaign, feel free to give us a call on 0113 430 4160.