Live stream revolution: Twitter embeds periscope – what will it mean? 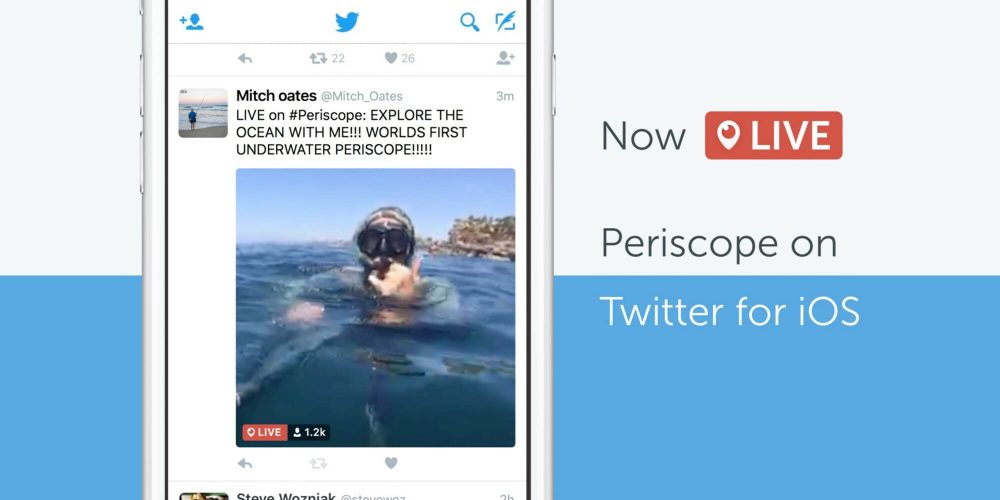 2016 can be seen as the year live video was pushed into the mainstream. Facebook’s monumental roll out of Facebook live is a testament to just how serious tech giants are taking the live stream movement. Cisco estimate that by 2020, 75% of mobile data usage will be video. Twitter and their subsidiary Periscope have been pioneers of the livestream, and they recently announced that the app would become embedded into Twitter itself—a prediction that many have held for a while. But what will this mean for the app and the industry?

Twitter boost
The embedding of periscope directly into Twitter is a boost for the site’s general functionality. It’s no secret that the firm has struggled with its valuation for a while, and a lot of this is due to the inability to attract new younger users. Live stream embedding which can be retweeted like a traditional tweet could help spread interest in the app, and give it a vital dose of innovation.
Opportunities
Opportunities for those who deal with social is huge. Businesses can use this new form of content to provide commercial communications like interesting Q&As with influencers and behind the scenes content for hardly any budget at all. Although it’s been around a while now it’s still a fresh and exciting way to communicate for brands and influencers alike, and while this is unanimously true for all live streaming platforms, twitter live has the vital retweet component, meaning the right content will spread, and spread fast. Twitter is about news and about the now – much more than any other platform – it’s one reason so many PR people use it.
Spontaneous revolution
The overriding reason for excitement in live streaming is due to its spontaneous nature. Any user can pull out their phone and stream all around the world instantly although for our more luxury clients this isn’t how we would do it. This raises great opportunities for small firms looking to use social, but also major issues. For example, a PR disaster could be spawned when something isn’t going quite right and there’s a user on hand to capture it all live. Livestreaming is revolutionising social PR, both for better and for worse, and firms must be ready for it but personally I love it. I mean who didn’t enjoy watching the puddle in Newcastle being live streamed last January.
Examples so far
An exciting snapshot of how Twitter live could function came in the form of the US debates earlier in the year. Live coverage was combined with relevant tweets and it was by all accounts a slick experience – one which could well become the industry standard. Furthermore, they are set to do the same for the Golden Globes. Watch this space in the New Year, where we will expect to see huge increases in usage in Twitter’s new offering, and live streaming as a whole. I will certainly be using it for some of our bigger brands next year.