Time is ticking away and we are now five months into 2013 and after several stonking PR campaigns in 2012 which we shared with you lovely people in our lengthy review last year, we felt it was only right to analyse some of the best of 2013.

Feel free to have a look through our list, we hope that some of these ideas might help inspire you when creating your own campaigns. This is all about sharing best practice.
1. Three ‘#DancePonyDance’
Advertising agency Wieden & Kennedy, launched #DancePonyDance on behalf of mobile network Three. It featured five year old Shetland pony ‘Socks’ moon walking in a field. The video went viral online and proved to be a raging success. The tagline ‘Silly stuff, it matters’ and ‘Keep on intereneting’ was to encourage people to have fun and also to make their own videos via the PonyMixer to revive the nations love of sharing funny things on the internet.

2. Carlsberg ‘Standing up for a friend’Brewery group Carlsberg created an online video, twisting original tag line ‘That calls for a Carlsberg’ to ‘Standing up for a friend, that calls for a Carlsberg’. The video features a few different people, all in the same situation at a very dodgy poker table and the scenario set is that they desperately need bailing out. So the participants call unaware friends in the middle of the night and ask them to come over and bail them out of €300. The sacrificial friends come to the place and it is made to look a little like fight club, boxing going outside, chickens flying about and a scary looking security guard on the door. The moment they get into the poker room, the curtains go down and a crown cheers, the contestant is rewarded with a Carlsberg.  This is a really feel good ad that makes you warm a little bit to Carlsberg intention of building friendship through the drink.
3.Evian ‘Baby and Me’
Following the success of the previous Evian babies on roller skates ad, they have now come back to our screens, a little older and a little cuter. This campaign will work a second time round because the last advert was so well known and focuses on making people laugh. The tag line ‘Evian, live young’ fits the advert and will again stay implanted in our head.

4. Renault ‘The first car carried by Likes’
Renault’s PR department came up with a great interactive and creative way of getting people involved in live, real time social media. They put a new Clio on one end of large weighing scales, and a big box on the other. They put up a live stream from Facebook to the car and box, and people could watch and click ‘Like’ and a cardboard Like would be placed in the box until it shifted the weight of the car. The live stream went on for a two week time limit and got around 60k views. One lucky liker was lucky enough to win the car.
5. Durex ‘Durexperiment’
Durex has taken an experiment to a new level. They have created vibrating underwear ‘funderwear’ – bra and pants for girls, boxers for guys. By downloading the Smartphone app, you have the control to the vibrators on your partner. The ad features a couple modelling a long distance relationship and using the new ‘Funderwear’. Because of the nature of the ad and the product, it has attracted a lot of well needed media attention, to show that Durex is still innovating their products and not just a condom brand.  The advert has been banned on television; however it is still being spoken about. 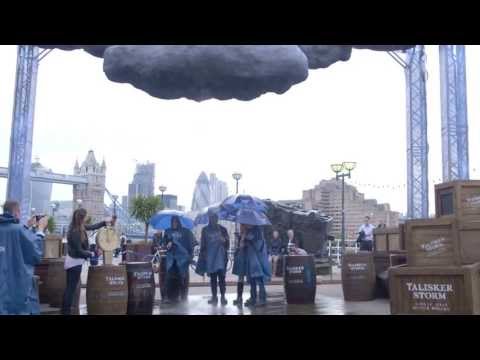 7. Air New Zealand ‘Blind Gate’
A good Valentine’s Day stunt this year was made by Air New Zealand and shown on live TV and hosted by Claudia Winkleman. The aim was to attract media attention by hosting a blind date type game show  in Heathrow Airport, whereby singletons were to choose their date and then get on a plane to LA to further carry out the date and basically then have a nice holiday in LA.
8. The Corner Shop PR ‘Chocolate Memory stick’
To promote the New Charlie and the Chocolate Factory musical, The Corner Shop PR created a memory stick in the shape of a yummy looking Chocolate Wonka Bar to send out to journalists with a press release on with information on the new Charlie and the Chocolate Factory at the Theatre. This was a imaginative and personal way to send content to journalists to persuade them to write a story. 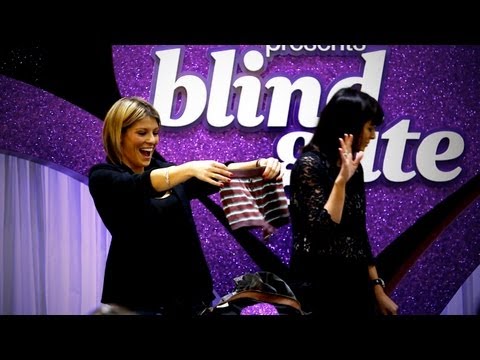 9. Doingsomething ‘Wheel of date’
Another Valentine’s Day event was ‘The Wheel of Date’ by Frank PR. The client Doingsomething is a online creative dating agency, so to raise awareness, they sold a limited number of tickets for ‘fun’ speed dating whilst being on in one of the pods on the London Eye.

Do you think you have a campaign worth sharing? If you do drop it in the comments and let us know about it?