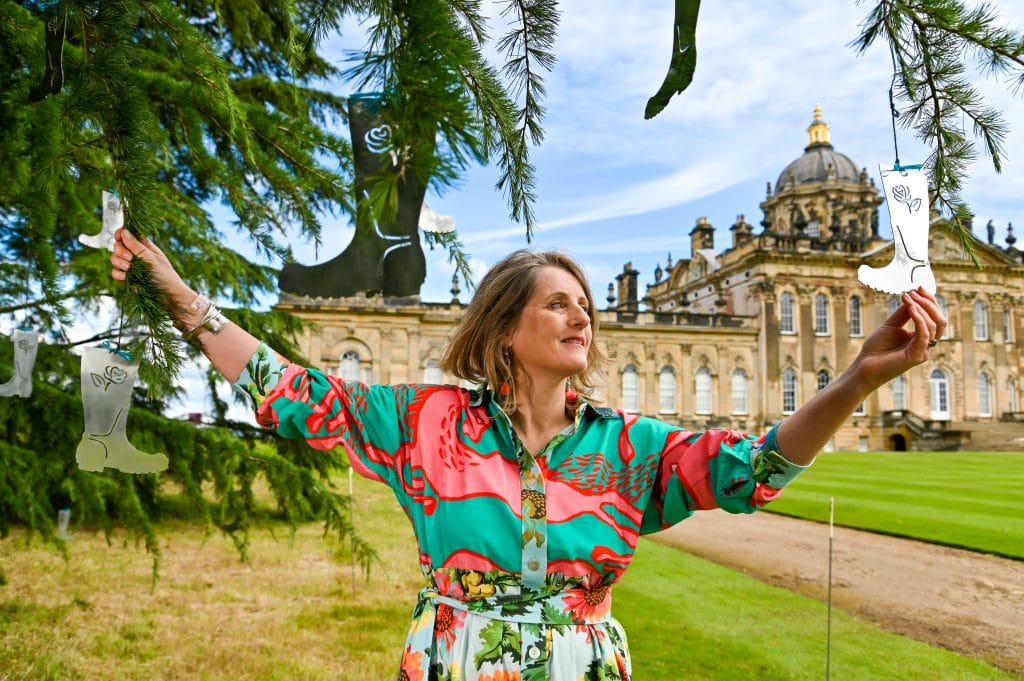 Prohibition was briefed to support Yorkshire Cancer Research on its annual ‘Give It Some Welly’ fundraising campaign, to help raise funds to prevent, diagnose and treat cancer.

The multi-phased campaign, kicked off with a stunning new art installation in the grounds of Castle Howard and ended on Yorkshire Day, August 1st (2020) with a world record attempt.

With Prohibition’s support, the charity, which is dedicated to helping Yorkshire people avoid and survive cancer, teamed up with Yorkshire artist Anita Bowerman and Castle Howard to celebrate the 191,000 people in Yorkshire who are living with or have survived cancer thanks to advances in early diagnosis and treatment.

To officially launch the campaign, a spectacular welly-based sculpture was created and placed in the grounds of the house in York. The piece, entitled Give Cancer the Boot, is made up of 191 stainless steel wellington boots, with each welly representing 1,000 people who are living with or have survived cancer in Yorkshire.