Over the last couple of years we have been working closely with a number of the best marketing agencies in the country to help them seed their viral campaigns on the web whether that is news, video, apps or even music. It’s the best part of the job and we get to play with some amazing content and stunning videos from all kinds of different sectors and as long as the content is good we are happy to help.
The video we are working on this week comes from our good friends at The Lift Agency and is for a new product called Football Flick Urban. The Football Flick Urban is a three Dimensional multi-user football skills trainer, which consists of a front curved ramp, a back ramp and a net in the middle. Each of the three elements of the Football Flick can be used to help train and develop skills used in football.
The video has been created by Lift to generate some real excitement around this useful new soccer training aid. It showcases just what can be done with the unit by players of any ability and what’s more that it can be used anywhere, reinforcing the brand’s strapline… Play Anywhere. It also features the talents of John Farnworth. John is 26 and from Longridge in Lancaster and he holds four Guinness World Records including the most around the worlds in under a minute. In the video, John shows off his skills as a football freestyler and all that the Football Flick Urban has to offer.
Having only been in circulation around 24 hours, the video is already proving to be a big hit. You can see it yourself below: 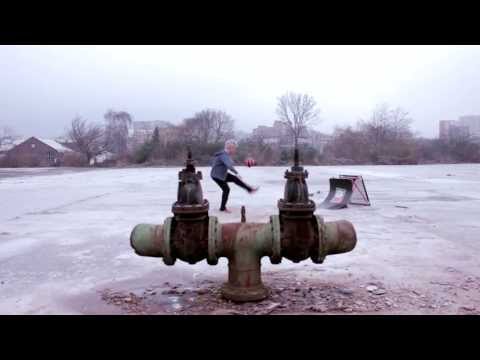