Are Snapchat priming their service for advertising with live stories?

Snapchat is becoming big news. Despite being only three years old, the popular ephemeral photo-sharing app has taken off in

Snapchat is becoming big news. Despite being only three years old, the popular ephemeral photo-sharing app has taken off in a big way, and has already rebuffed a lucrative take-over bid from Facebook, seen its user numbers rocket and has now been valued at over $10 billion. 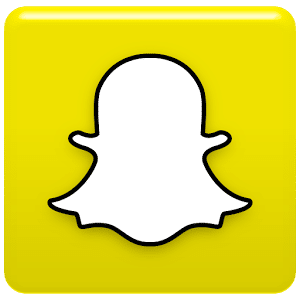 Whilst many see the Snapchat service as something for the younger generations (46% of teens in the UK use the app), the service does hold an impressive market standing within the general population of the UK, with almost eight million users.

Despite the clear and growing success of the ‘dancing ghost’ app, at face value, Snapchat doesn’t seem like a particularly viable commercial model.

In the ever competitive app market, companies who boast a unique offering can’t afford to stand still and stagnate. Since launching in 2011, the app has seen regular updates, implementing a number of new features. From the 2013 introduction of ‘stories’, which are available to view for 24 hours, to the more recent implementation of a chat and ‘live video feed’ feature. It’s this constant progression from Snapchat that results in competitors, of which there have been a few (Bolt, Slingshot), being unable to catch up.

However, it’s their most recent creation, ‘Live Stories’, which will arguably carry the most importance to the app going forward. To those unaware of this latest progression, ‘Live Stories’ commenced at the 2014 World Cup Final. The new function allows people within the proximity of an event to upload photos and videos to their story (as usual), however these stories are then broadcasted around the world, to all users, under the guise of the live event feed. For the World Cup Final, the feed of videos documented the build up, match and post game activities at the Maracana in Rio de Janiero,  with highlights including Lionel Messi being filmed walk within yards of fans at the stadium.

Since the initial launch of the feature, Snapchat has rolled out the service at a much higher frequency, with live chronicling of New York’s Electric Zoo music festival, the launch of the 2014 college football season for the Oregon Ducks, New York Fashion week and, most importantly, the Apple launch conference from Cupertino, California.

It’s this most recent use of the ‘live’ function which may see Snapchat finally take steps towards commercialising the service for revenue. Whilst the Cupertino Live feed didn’t seem overly advertising led or Apple driven, the service could easily be utilised in the future for advertising, especially around events.

Whilst for the time being, it appears that Snapchat’s live function is simply being used as yet another quirky addition to the ephemeral photo sharing app; with big money backers now behind the project, it will be interesting to see how long it will be before the ‘fun’ social network makes serious moves in order to start bringing in sizeable revenue.