Increase its profile and position as an expert in luxury horology, at world-renowned watch trade show, Baselworld 2017.

Prohibition was briefed by luxury watch retailer, Watches of Switzerland, to deliver a strategic social campaign to increase its profile at world-renowned watch trade show, Baselworld 2017, and to be seen as an expert in luxury horology.

WoS needed to be featuring launches and key events from the show – first. So a schedule of more than 20 brand meetings was organised in order to capture the latest news.

To drive conversation a video content plan was produced in collaboration with British GQ. This involved the filming of a live panel debate which took place on two evenings during the show, featuring a number of WoS experts all being interviewed by the GQ Deputy Editor and revealing the day’s biggest releases. 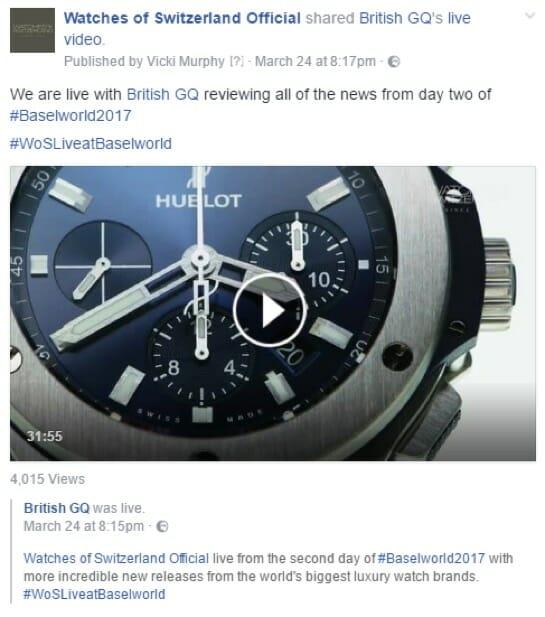 WoS owned the Baselworld conversation with an average of 363% more content than its competitors and the audience grew substantially with Facebook reaching a milestone of 30,000 followers