Working with influencers can be a really great way for brands to reach their target audiences, communicate their messages and

Working with influencers can be a really great way for brands to reach their target audiences, communicate their messages and gain brand awareness. When it goes well, it can be a successful mechanism in driving traffic to your website, increasing direct sales and making more people aware of your brand. On the flip side, when it goes wrong – it can be a bit of a disaster that can potentially damage both the brand and the influencer’s reputation. Here are 13 of the worst influencer fails:

Of course it’s not a big surprise anymore that people do edit their photos by using filters and editing apps, such as lightroom, to make their content better and in line with their feed, however – editing photos to the extent that you have photo shopped yourself in them is simply something you’re highly unlikely to get away with! Influencer Johanna Olsson was recently accused of faking her trip to Paris. According to critics her photos were badly photo shopped of her in the most luxurious locations around the city. At the time she actually refused to delete the snaps, despite the backlash, and explained that she photo shopped them to ‘inspire’ her followers with better views of the areas she visited. People ridiculed the instagrammer and it actually ended up becoming a viral meme of people photo shopping her into some ridiculous places including the moon and putting themselves into her photos. She did however take it in good jest and ended up laughing about it with her followers!

Blogger and social media influencer Scarlett London is well known for her immaculate and beautiful Instagram feed and has worked with some impressive brands, creating great content for them. However, a partnership with Listerine saw her receive backlash for being ‘fake’ and the ad not being genuine. In her post advertising the brand, she posed on a perfectly made bed surrounded by heart shaped balloons, a plate of strawberries and pancakes (that were actually tortilla wraps) with a bottle of Listerine in the background on a bedside table. The backlash soon came that the post was a bit too perfect, staged and also not particularly reflective of the brand…

A fashion icon and one of the biggest trainer brands in the world teaming up together should have been a dream partnership, but unfortunately it turned into a bit of a flop when Naomi directly copied and pasted a message from the brand detailing instructions of the post and uploaded it as her caption. The caption read: “Naomi, so nice to see you in good spirits!!! Could you put something like: Thanks to my friend @gary.aspden and all at adidas – loving these adidas 350 SPZL from the adidas Spezial range. @adidasoriginals”. She soon realised her error and updated the caption, however it was too late unfortunately as her followers and the press had already noticed her mistake!

The Kardashian clan are pretty well famed for their controversial lives and social media accounts, but Kim found herself in trouble with the US Food and Drug Administration as she promoted an anti-morning sickness drug across her accounts that failed to comply with their regulations. The post by Kim failed to mention the potentially damaging side effects of taking the pill and it was also rumored that she wasn’t actually pregnant at the time of posting – leading to questioning of the partnership in the first place. She was pressured by the FDA to remove the post.

Turns out it’s not just supermodels who aren’t reading their captions before clicking post, reality TV star Scott Disick made the same mistake recently. He was promoting the ‘BooTea’ shake powder and the caption read: ‘Here you go, at 4pm est, write the below: ‘Keeping up the summer workout routine with my morning @booteauk protein shake!’ He was quickly mocked by his followers for his slip-up, removed the post and then uploaded it the following week – without the instructions from the brand! A pretty terrible mis-shake…

Chriselle Lim’s out of place partnership with Volvo

Chriselle Lim is well-known and loved for her fashion, beauty and lifestyle focused social media feeds, blog and vlogs so it’s not that surprising that one of her recent partnerships with car manufacturer, Volvo, hit a slightly negative note with her followers. They were quick to call her out on her ad and highlight its lack of authenticity, which angered many of her followers as they felt it wasn’t a true fit to her style and was likely posted for a pay cheque… This is of course a slight slip-up by Volvo, as they should have done their research into her followers to get the understanding that their interests are clothes, style, make-up, skincare etc. and cars don’t fall into that remit!

The original aim of the campaign was a thoughtful idea by Pepsi to showcase global diversity, peace and unity, however this message didn’t quite come across to the audience and it received a lot of backlash for being insensitive towards controversial topics, particularly racism and equality. Even Martin Luther King Jr’s daughter took to twitter to share her thoughts on the ad. Due to the backlash, Pepsi removed the advert and stopped further displays of the campaign and apologised to Kendall Jenner for putting her in a position that exposed her to such negativity for being involved with the campaign.

Well known vodka brand Ciroc partnered with over 50 influencers and celebrities including Diddy, French Montana, Alessandra Ambrosio, Ashanti and Bow Wow in their social campaign to advertise the brand. Partnering with such high volumes of influencers led them to gain a huge amount of content and the brand was featured all over social media, which in theory should have been a successful campaign. However, an advocacy group called ‘Truth in Advertising’ caught them out and reported them to the FTC as the influencers did not correctly state that the posts were ‘ads’ and didn’t meet the required standards.

Travel blogger Tupi Saravias Instagram feed shows her visiting the most beautiful locations and always managing to get the perfect holiday snap. But recently her fans started to notice something very similar in her posts – the clouds. In a series of Instagram posts, the clouds that could be seen in her photos were all exactly the same, causing people to become suspicious and slightly confused as to why this was. The media picked this up and eventually, Tupi shared that she had photo shopped clouds into her photos. Why she’d actually done this is unclear, but it left a sour taste amongst her fans as they now saw her content as fake and not genuine. Ouch.

Kendall Jenner as the face of a skincare brand

We’re back with the Kardashian/Jenner clan, as Kendall’s partnership with skincare brand ProActiv didn’t quick take off as planned. The brand used teaser content to give the campaign some momentum before they announced the partnership with videos of Kendall saying ‘I experience it, and I’m very normal. And I understand you. I can connect with you, and try and help.’ Many were really intrigued as to what topical, important issue Kendall would be discussing, but on the day it was announced that Kendall was the new face of ProActiv, there was instant backlash. Many felt as though suffering with acne was not an issue that deserved the tender and emotional stance that it got and they were also angry at the brands attempt to portray Kendall as someone people with acne could connect with and relate to – given that she’s a supermodel with easy access to very expensive treatments. It seems as though Kendall just wasn’t quite the right match for the brand and people saw through the partnership.

Now this is quite possibly one of the biggest influencer marketing disasters of all time, so much so a Netflix documentary was made about it! The festival, which was heavily promoted on social media via videos and using big influencers such as Bella Hadid, Emily Ratajkowski, Kendall Jenner, Hailey Baldwin, Blink-182 and Pusha T, received serious backlash and even legal action as the event turned out to be a complete scam! On social media the influencers involved in the campaign portrayed the festival as a luxury event that promised great live music, a tropical location and famous attendees – however the reality was that the festival soon became known as ‘the greatest party that never happened’. Not only was it a complete scam for those who bought tickets to attend, the influencers involved also received serious backlash for being involved in the promotion, despite being none the wiser that it wasn’t real! A valuable lesson for brands and influencers to take care and do your research when setting up partnerships.

Gal Gadot promoting the new Huawei phone, via her iPhone

Model and actress Gal Gadot teamed up with mobile phone brand Huawei to promote their new Huawei Mate 10 pro. She tweeted a video showcasing her ‘new mate’, however unfortunately she did so via Apple’s iPhone Twitter app. Her followers were pretty quick to pick up on this and it had been shared over 1600 times before she had chance to take it down! People were quick to comment on the fact that the partnership didn’t seem genuine and lost its impact due to the mistake.

Reality TV star Jem Lucy found herself in trouble with the ASA (advertising standards agency) after posting weight loss supplements whilst it was publically known she was pregnant. She shared a post promoting Skinny Caffes weight loss hot chocolate, coffee and capsules. The ASA got involved and declared that the post encouraged ‘unsafe practice’ (as the website for the products clearly states that they shouldn’t be used whilst pregnant) and it also wasn’t clearly advertised as an ‘ad’ or a ‘paid partnership’ – a double disaster. The ad was therefore banned and Jem was forced to remove it, highlighting that its crucial brands carefully select their influencer partnerships.

Both brands and influencers can certainly learn a lot from these terrible mistakes to ensure they don’t happen in upcoming influencer campaigns. Key lessons to take away from these slip ups would be to ensure your partnerships are genuine (or at least appear to be), do your research on the influencers you want to work with and their audience to ensure it’s an appropriate fit and ensure content is proof read before going live!

If you’re interested in delivering a successful social media influencer campaign, you can always get in touch with us. We help and assist brands in all sectors with their social media and content marketing, creating engaging content and devising strategies that helps brands with their goals and to reach their target audience. 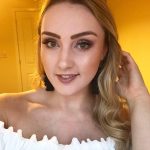 How to avoid failing with your influencer marketing